MUSKY: How To Set The Hook 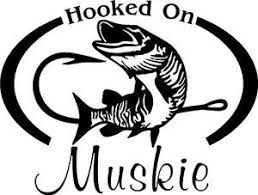 Did you know most novice, and even some experienced Musky Hunters still don’t know the proper way to set the hook? Well, you are not alone. I didn’t learn myself until I lost a number of good sized Muskies.

As we all know, the goal in setting the hook is to move a lure through a muskies teeth hard enough too make sure at least one hook penetrates the flesh of its mouth.  Something to understand is that  there will always be some muskies that won’t get hooked no matter what method is used. Yet there are some that will literally commit suicide, hooking themselves when there wasn’t even a hook set at all! Here’s the rub though.  Many Musky hunters think that setting the hook more than once is the way to go. Not so,  as far to many muskies are lost when hooks are ripped through their mouths by repeated hook sets!

As with all techniques used to catch fish,  the whole idea is to put the percentages on your side.

The ‘Bucktail’  is the most effective musky catching lure of all time.  Records show that over 50% of all trophy muskies have been caught on some sort of bucktail.  Perhaps the reason is because of the flash and commotion a bucktail makes in the water, or because more Musky hunters use them than any other type lure on the market. No one knows for certain! I personally  think the biggest reason is that a bucktail is the easiest lure to set the hook!

What I learned is simple! The rod blank, wrapped and set with guides, sets the hook, not your strength!Would you believe A 90# lady who understands the technique can and will set the hook harder than a linebacker waving his arms about.

Keeping the rod tip pointed at the lure on retrieve at all times is essential. Fact is:  Experiments have shown that one quick wrist snap of the rod straight up is all that is necessary. This increases the both leverage and overall hook set strength. Setting the hook with a sideways motion destroys the energy stored in the rod.

When using surface lures, the best way to set the hooks is opposite than other lures. Snapping the rod straight down is the way to go, and in many cases prevents a lure from flying towards your boat if contact isn’t made. This has happened to yours truly many times on many occasions, and it isn’t fun!

As in all fishing, there are many ways to accomplish the same results!  Also, as in all cases, experience is the best teacher. Your hook setting method and the actual tackle used can make a huge difference in the amount of muskies boated. Ultra sharp hooks increases those odds even more. If you decide to use the methods I’ve offered, you’ll surely boat more muskies.

Good Luck! Thanks for looking…..